Before it fell, Reunion Arena squatted in Dallas’s southwest corner, outside the shadow of the downtown skyscrapers. It was the city’s last major structure before the Tom Landry Freeway took you across the Trinity River to Texas Stadium in Irving. It was a portly building. A stark cement colonnade supported a broad rectangular roof that lipped out from the exterior wall, providing shade to the patrons often clustered at its doors. Inside, sticky brick walkways led fans to tired seats where the aging square Jumbotron illuminated the dark rafters above. The old barn. It became the home of the Dallas Stars when they brought hockey to Texas.

I was still in diapers when Roger Staubach convinced the then-owner of the team to move his franchise to Dallas (retrofitting Reunion Arena to accommodate a hockey rink was merely an afterthought). The team met immediate success under the leadership of Mike Modano and Neal Broten, and after a lockout, ownership transferred to Tom Hicks, who began building a championship squad. By 1998, the Dallas Stars were poised to begin a Stanley Cup-winning year. It was under these circumstances that I began my relationship with hockey.

When I took my first steps onto the syrupy brick of Reunion, I had just turned six. I tugged my father along, not knowing where I was headed, itching to see the men who danced on the ice. By the time we walked out of the Arena, I was Eddie “The Eagle” Belfour, saving a point one-timer with a Statue of Liberty Glove. During the whirlwind months until I turned seven and a half, the players in green and white were my Superfriends, puck-slinging comic book heroes who defeated their every foe. I was possessed. Dad would read the game’s box score during breakfast if he had to cut off the radio at bedtime the night before. We taped the 6:00 news when a reporter interviewed us after a playoff game, and we popped it in the VCR between periods of our triple-OT Stanley Cup victory over the Buffalo Sabres. Before the next season, Tom Hicks brought the Cup to my school, and I, wanting to win it myself someday, refused to mar its silver with my fingerprints. Hours before the millennium turned, I watched Brett Hull score his 600th goal, and seconds later, his 601st. Again, we scorched through the playoffs. Again, I painted my face and paraded with the drunken fans through the overpasses that banded across the walk from parking lot to stadium. Again I found myself in Reunion Arena for Game 6 of the 99-00 Stanley Cup Final, when the end happened.

“For a funereal instant, the thundering building waxed mute before the horn dirged the final call of the season.”

It was double-overtime when the puck found the stick of a streaking Jason Arnott in the slot. Belfour flailed across the net, but the New Jersey Devil flipped it into the perfect location. In slow motion, the dark cylinder rippled the mesh in the back of the goal. For a funereal instant, the thundering building waxed mute before the horn dirged the final call of the season. Tears poured down my face as I saw the red jerseys raise The Cup, and the crowd exhaled one ultimate, exhausted cheer for the team that had taught them hockey.

It would be the final time they played in Old Reunion. The cacophonous cries for The Cup were outsourced to the vaulting gothic panes of the freshly minted American Airlines Center. Customers crowded into its two full levels of luxury boxes. The rowdier fans, now cloistered in a section up far away from the suits and the children, witnessed the Stars, decorated in new uniforms, drop their home opener to San Jose. Murmurs of Tom Hicks’s attempts to sell the team permeated the “Old No. 7” bar next to the fan shop as the denizens of the ice-level V.I.P. lobby toasted the departed Niewendyk, then Hatcher, then Hitchcock, then Belfour.

The new building swallowed my prepubescent years. Its sharp pregame lights obscured the view while I watched the players with whom my hockey life was born fall out like baby teeth. Some retired, some moved on, and the memory of that first magic year achingly perpetuated a shrinking hope that the elation I had once known would return. I grew to know the place, its pale plaster walls and lofted mezzanines, and it became my home while I weakly let slip the memory of my idols who had raised the cup. Reunion Arena, still looming next to I-35, was their mausoleum. As my infatuation with the Stars dwindled, as the team sold itself into mediocrity and I learned to do my constitutional duty as a Dallas Cowboys fan, I’d still glimpse the stadium’s dim specter when we travelled to Irving for games. It had withered and decayed in our absence, broken like an old lover who had lost his darling.

For six months in 2009, the building lay on its deathbed. Its interior was gutted, and its walls were torn down. All that remained were the skeleton of the cement colonnade and that broad rectangular roof. Finally, mercifully, it was put to rest, torn apart by the city. With it went the shadows of my heroes, the ghosts of days so blessedly simple, champions of moments lost in the fresh dust of Reunion, since scattered to the Trinity River and returned to the earth.

I adopted the Bruins the next year when I moved to Boston, and I followed the B’s as they charged deep into the playoffs. For the first time in years my heart leapt with the puck as it whizzed from tape to tape. My essence hung in the June playoff air, plucked from my body in the lightning mitt of Tim Thomas. In the instant we took The Cup from Vancouver, I rejoiced as I had so many years ago. Briefly, I allowed the magic of victory to overtake me, and it was good. It was back.

“I had witnessed for myself the wires and the mirrors, the sin and the greed.”

As I had in Dallas over a decade before, I paraded in the streets with the shouting fans, but I had seen too much to believe in the illusion glimmering in the silver sheen of Lord Stanley’s Cup. The trick had been revealed. I had witnessed for myself the wires and the mirrors, the sin and the greed. The euphoria of victory vanished within me; I could not fully flourish in the ethereal moment of triumph without wondering about the future. Will we cash out? How are our prospects? Who are these people with me in the streets? Will they be here in five years? What gruesome end awaits this team, and when?

Not too long after my first-grade self had declared the Stars his new Redeemers, Eddie Belfour was arrested in an altercation with a police officer after driving drunk. Three days later, I was chanting his name from my upper-deck seats in the temple of Reunion. “The Eagle” I knew then had no such defects. He was an icon of immaculate purity. He was superman. But with age comes the wisdom of the world, the knowledge of evil, and the awareness of death. Pain teaches us to live untrusting of its absence, to guard carefully the precious little perfection we may find. The blithe youthful awe that once defined my relationship with sports now lies in repose behind a cynical shroud of experience. My faultless heroes in green and white, trophies from a more perfect past, lie in wait for occasions like the Bruins victory. For one unguarded moment, they breathe with my animated cheers and dance in my subconscious. Fleetingly, they are mine, stolen back from that single, dooming puck that shattered my innocence in Reunion Arena. 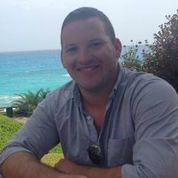 David Christoff is a graduate of the MIT class of 2014 in the Department of Mechanical Engineering. His final work at MIT, The MacLaurin Buildings, was presented the Wunsch Foundation Silent Hoist and Crane Award for outstanding thesis within the department. He is currently working independently in sports analytics research.
Reunion
Assignment by Karen Boiko – Short Essay/Sports The System: Football for Sale
Assignment by Karen Boiko - Investigative Essay/Sports