Home » Light up and Clean up

Light up and Clean up

In a bright white box-like office tucked in the corner of the MIT Media Lab, there are shelves and tables with scattered boxes of wire, patchwork cloth, tiny motors, and yarn. Swiveling gently in a rolling chair in the middle of it all and looking like the definition of comfortable is Laura Perovich, PhD student and researcher in the Object-Based Media Group. 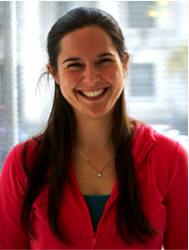 She gives me an apologetic smile, her brown hair swaying while she gestures to the mess around her: “As you can see,” she says, “It’s been a lot of work settling into the new lab space.” The space just outside her office is strewn with robots, large screens, and mannequins wearing bright patterned clothing.

Besides organizing the new office, Perovich’s day-to-day life involves many varied projects. The one with the most forward momentum has been dubbed the Thermal Fishing Bob Project; it started more than two years ago when Perovich and Sara Wylie from Northeastern’s Social Science Environmental Health Research Institute met at a conference. The two researchers designed a small motorized boat equipped with sensors and a trailing light-up fishing bob to be used in places like Chelsea, Massachusetts, where the waters are polluted by infrastructure centers like oil and salt storage facilities. Perovich explains that the trailing light bobs will change color according to the sensed level of polluting compounds: “So, we [can] take the boats there, drive them out in the river, and sort of ‘explore’ the water quality in real time.”

Right now, the bright bobs only measure temperature, which is known to be an indicator of sewage run-off or power-plant waste in freshwater ecosystems. Perovich’s next version of the boat should give them the ability to measure another pollution indicator called turbidity (the water’s “cloudiness”) and to use a technique called spectroscopy, which can detect specific chemical compounds. She hopes the components come together to create an accurate picture of the wide range of urban water pollution that damages so many communities. 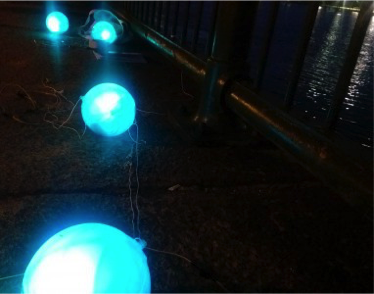 The project’s description on the Media Lab website reads: “Two of the most important traits of environmental hazards today are their invisibility and the fact that they are experienced by communities, not just individuals.”3 Perovich’s strong support of public service is the reason she’s now working with the Chelsea, MA-based environmental nonprofit Greenroots, which focuses on community engagement with conservation efforts.2 Perovich wants to get the boat systems to a point where they can be easily used by Chelsea high-schoolers. If she can make finding ecological data simple and exciting, then she can “help both communities and researchers better understand pollution and its implications.” This first step in awareness and education, she knows, is essential.

Talking about the education of the Chelsea students brought Perovich to the topic of her own unique educational experiences. Perovich graduated from Maine’s Bowdoin College in 2005. “I majored in math and religion, which, if you told me that when I started, I would’ve told you [that] you were crazy!” Both of her parents were scientists; her father and mother did research on climate change and on the material structure of buildings, respectively. Thus, math and science were integrated into her early life. Still, Perovich knew her interests in the arts and humanities were just as important to her as math was. She ended her undergraduate career with two majors and two sports — track and softball (though MIT’s Ballroom Club has been her latest pastime) and took up knitting and sewing as hobbies. On advice from her professors, Perovich took a break lasting several years between undergrad and grad school. She hums, lost in memory, and says, “It turned out well in retrospect, even though I thought it was bad advice at the time.”

Living and working overseas gave her the independence and experience necessary to work effectively with communities back home.

Just out of college, Perovich spent two years in the Peace Corps teaching 9th and 10th grade math in Bantignel, Guinea in West Africa. She explains that she had never traveled out of the country before, and she wanted to “understand the world a bit better” by helping in the ways she could. While abroad, she started a basic computer-skills training program, helped develop curriculums, and trained 29 Peace Corps volunteers. Living and working overseas gave her the independence and experience necessary to work effectively with communities back home.

After returning from her assignment in the Corps in 2007, Perovich considered many exciting job opportunities in lab research and teaching, but eventually decided to work for a nonprofit called Silent Spring Institute (SSI) analyzing data to find connections between pollution and diseases like cancer and asthma. “SSI was kind of similar to the Media Lab,” she says. “People from all sorts of disciplines came together.” She stayed there for five years. SSI takes its name from Rachel Carson’s groundbreaking book Silent Spring – in which Carson brought pollution crises into public consciousness. One of Perovich’s roles was reporting SSI’s data to the people whose homes they gathered it from. She had to find ways to document data so it not only made sense to researchers, but also to the people studied. “Normally researchers would clutch all this data and just keep it to themselves and not tell people what they found, which is…” she chuckles, “ you know, kind of messed up.” In 2012, she started applying to graduate school. 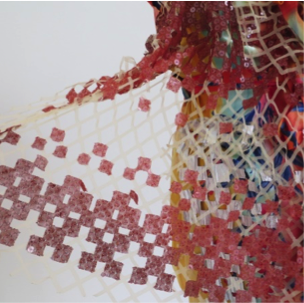 To get to Laura Perovich’s office, you must first walk through the Media Lab’s open lab spaces filled with various tech and art projects and through corridors lined with LED light strings. “I actually applied to the Media Lab three times,” Perovich says. Most other students had a stronger engineering background, so she had to quickly familiarize herself with the current research if she was to stand a chance. “But it all worked out!” She thinks back fondly on her first projects of interactive wearables and clothing with pollution data stitched in. Lately, she’s found many ways to use her affinity for design to make her research unique. “Research here is very self-driven,” says Perovich about the Media Lab. She explains that the Lab supports her mission to have her work influence not just MIT but also the communities around it.

Despite her drive, Perovich is still unsure about her future after graduate school. “I have to sort of finish at some point!” she jokes, exasperated with herself and the length of the Thermal Fishing Bob Project. With the experience she has gained from community involvement, MIT, and the Lab, she has a lot of prospects to consider. Academia is compelling to her because she wants to hold on to the freedom to research what she wishes to, and her aptitude and love for working with her undergraduate researchers is another reason for continuing her path to teaching. Wherever she may end up, Perovich asserts she will still aim for communication between scientists and local communities. “Scientists need to be able to talk to normal people”; otherwise, she says, scientists probably won’t understand what they’re doing as much as they think they do. The years working with people afraid for their community’s health and future have given her a drive she can’t shake. “Ultimately, we can find out everyone has ‘whatever’ in their home and it’s killing them, but if they don’t want to listen to us about it because we’ve been a jerk, then…” she laughs, “then, that’s just not useful!” 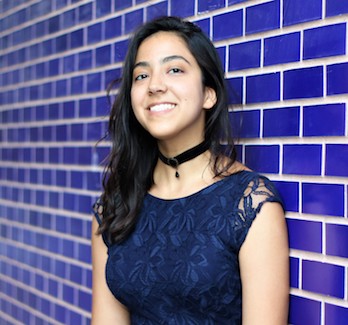 Karina Hinojosa, Class of 2020, studies Planetary Science and Astronomy as one of the few Course 12 undergraduates. She's from the small city of Edinburg on the U.S.-Mexico border in South Texas and is still getting used to the Boston weather. Karina loves reading and writing science non-fiction and sometimes writes for MIT's Undergraduate Research Journal when she's not participating in MIT's Latinx and queer clubs. She believes climate change is the problem of her generation; she's motived to write pieces like this that highlight the people and techniques that will bring us closer to a solution.