Home » Celestial Pirouettes: The Twirl of Everything

Celestial Pirouettes: The Twirl of Everything

On a warm spring day, nature has always seemed to imbue me with energy. As a kid, I liked to stretch my arms out and spin around like a helicopter rotor until I tumbled onto the grass and observed how the dandelions continued to warp and roll. It was a delightful experience for me, though I think my tee-ball coach was starting to lose his patience with my antics in the outfield.

What I didn’t realize as I twirled around in the outfield was that I was mimicking the motion of nature’s host, Earth.1 Our planet spins around like a giant top in space. It’s impressive, considering Earth’s mass is 6.0 sextillion kilograms (one sextillion equals one million to the power of one million). An accessible, observable effect of Earth’s rotation is the movement of the sun across the sky as the day proceeds. As the earth spins, the point directly over your head in the sky (called the zenith by astronomers) will face different directions in the solar system. When your zenith points roughly towards the sun, then the sun’s light is visible and you have daytime. When your zenith points away from the sun, the sun’s light cannot reach your position and you experience nighttime. As viewed from the North Star (Polaris), the planet is spinning counter-clockwise. This is why the sun rises from the east and sets in the west.

If you’re interested in a more rigorous proof of the earth’s spin, try the following experiment: stand at the equator, and fire a bullet due north over a long distance. The bullet will not fly totally straight. The path will be slightly curved because Earth will have rotated underneath the bullet during its flight.2 This phenomenon is known as the Coriolis effect.

However, the planet surely isn’t bored during its tee-ball practice, so something else must be motivating it to spin around. It’s a fundamental law in physics known as angular momentum. Momentum is a concept similar to inertia. Things that are heavy and fast take more force to stop than objects that are light or slow.3 A semi truck has more momentum than a bicycle, for example. Momentum is always conserved unless a force acts upon an object. This is important because in space, gravity is the only force.

Friction is the torque preventing a skater from spinning forever; however, there’s no friction in space.

Angular momentum is momentum as it has been described, but just for things that rotate or revolve in some way (notice the relation of ‘angle’ to angular).4 Unless something — known as a torque — impedes the spin of an object, the spin will remain constant. A figure skater can spin in one place for a long time because angular momentum wants to stay the same. Friction is the torque preventing a skater from spinning forever; however, there’s no friction in space. Earth has rotated at a nearly constant rate for eons because the space around it is largely empty.

However, the one object near Earth, our partner the moon, does create a meaningful torque on the planet. The gravity of the moon pulls upon Earth’s oceans, creating rising and falling tides. The friction that these tides create means that Earth’s rotation is being perpetually slowed down at a rate of two milliseconds per 100 years. With a slower Earth, the moon is creeping away from Earth at a rate of four centimeters per year.1 It’s not that much to fret about; if you live to be 1500 years old, you’ll have to blink one more time (300 milliseconds) per day than when you were born.5 The distance to the moon increases by .0000000001% per year.

Our pal the moon also likes to spin in its own way. The moon orbits Earth in a counter-clockwise circle and makes a complete trip roughly once every 29.5 days. This is the basis for the number of days in a month. Just as the moon makes its way around Earth, so does Earth proceed around the sun. In a huge elliptical path, Earth hurtles along at 110,000 kilometers per hour (30 km per second). It travels a huge distance, though: 150 million kilometers. In the time it takes for Earth to circumnavigate the sun, Earth will have completed 365.25 rotations. A tropical year is the astronomical term for 365.25 Earth days. This is just slightly longer than the 365 days we define as a year on our modern Gregorian calendars. Leap years exist to correct this discrepancy.6

There has never been a time when Earth wasn’t spinning. When time began, gases clumped, angular momentum took charge, and the spinning began.7 Stars formed from spinning clouds of gas, and spinning galaxies consumed other smaller spinning galaxies.

Within these galaxies some rocks spun around stars, and one of those rocks became populated with life (that’s us). The orbits of the planets around the sun support this theory. When viewed from Polaris, every planet orbits the sun in a counter-clockwise motion. Angular momentum was keen to keep the status quo, and as the planets formed around the sun, they maintained their direction of rotation. The momentum of the great clouds of gas and dust is even conserved as each planet spins like a top on its own axis. The exception is Uranus, which rolls through space like a bowling ball set in motion by an enormous collision long ago.

This trend of rotation is true even for the sun. But at this massive scale, inconsistencies arise. The sun rotates on its axis like a top once every 27 to 31 days, depending on whether we measure at the sun’s equator or poles.8 The sun, with its attendant solar system, also orbits the center of the Milky Way. Moving at a breakneck pace of 800,000 kilometers per hour (220 km per second), the sun revolves around the Milky Way once about every 225 million years. Even the Milky Way rotates in an elaborate pattern, with the center spinning at a disproportionately faster rate than the outer limits.

Next time you see a tee-baller doing a pirouette in the outfield, it could just be for fun, or he or she might actually be doing a complex interpretation of the celestial mechanics that dictate our days and nights, months, years, and galaxy. It’s a wonder that the simple motion of spinning occurs so frequently in the titanic objects of the universe. 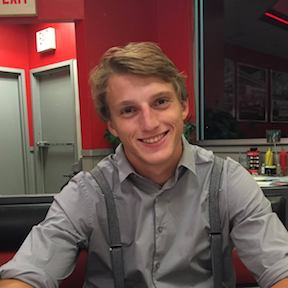 AJ Iversen, 2020, spent most of his childhood dreaming of space, his inspiration for writing this piece and majoring in course 12. From Kansas City, Missouri, he plays football for the MIT Engineers and plays saxophone in the MIT Wind Ensemble. He is a member of Phi Beta Epsilon fraternity and is known for his easygoing (some might even say clumsy) personality. Once done studying at MIT, AJ hopes to play music on street corners and live in a log cabin in the mountains.