Home » Making Peace with my Standards

Making Peace with my Standards

As a kid, while captains never picked me last for sports teams, I remained painfully close to the end of the “middle picks,” the kids with just enough athleticism and enthusiasm to earn the dubious honor of filling out the ranks after the captains stacked their decks with talented players. Rarely essential to any play, never the star of the team, I ran around awkwardly in impromptu games of soccer or basketball, desperately hoping somebody would take enough pity on me to pass me the ball. Frustratingly, whenever fortune favored me with control of the ball, I rarely managed to do anything remarkable. Inevitably, a more talented player took the ball from me and proceeded to score effortlessly in ways I only dreamt of. After the games, I spent hours daydreaming about miraculously discovering an untapped well of athleticism within myself to catapult me to the stardom I wanted. However, this fount of athleticism eluded me; I remained a sports star only in the stadiums of my imagination.

I remained a sports star only in the stadiums of my imagination.

During middle school, a family friend remarked that my height and broad shoulders gave me an ideal body type for rowing. At the time, I brushed off her remark, but when I enrolled in high school, I decided to join the crew team and attended my first Learn to Row camp lesson in late August. My school’s boathouse sat on an acre of rough gravel and patchy grass in the old industrial district of Buffalo, surrounded by abandoned concrete buildings with blown-out windows. The old plastic tent “boathouse,” a maze of boats and oars, begged to be understood; the river beckoned to me like a long lost friend. With some impatience, I endured the preliminary lessons about safety and boat terminology, itching to get into a shell and just row.

My first day rowing on the water, I slammed headfirst into a potentially damning problem: I repeatedly failed to keep in time with the other rowers. The balance and speed of the shell depends on all rowers moving in sync; consequently, my faulty rhythms affected the whole boat. Despite my best efforts, again and again, I found myself putting my oar into the water just when the girl ahead of me took hers out. One awful day, a fellow novice behind me yelled at me for my utter incompetence, and I wanted to sink to the bottom of the river in embarrassment. Why can’t I just get it right? I screamed internally every time I slipped out of rhythm—again.

However, my determination overpowered my frustration. My embarrassment about my bad timing motivated me to fix my internal metronome. Every time I slipped out of rhythm, I gritted my teeth, waited a beat, and tried again to match my movements to the rower’s ahead of me. Bit by bit, my hard work synced my rowing to the pace of the other rowers. By the end of the two-week rowing camp, I could row without making the shell look like a demented centipede.

I could row without making the shell look like a demented centipede.

Buoyed by my success, I began my first season as a novice rower with high hopes. I dreamt of enjoying long rowing practices in the evenings when the setting sun turned the river’s surface to rippling gold, of winning regattas and having the coaches shower me with compliments about my integral role. For a few weeks, I enjoyed the bliss of my new favorite extracurricular activity. I looked forward to practices after school and showed off my now-callused hands to my parents and friends. No longer the little girl bumbling about on the playground, I took pride in the moniker of rower as I gradually moved up in seat number from the despised seats of one or two to the coveted positions of five or six. Once, I even held the lofty position of seat number eight, also known as stroke, the position that sets the pace for the whole boat. I reveled in my ability to row thousands of meters without feeling close to death when we finally approached the dock.

However, as the weeks slipped by, my perfectionism began to rear its ugly head. Despite my growing competence, I remained an average rower. I attended practices with a fanatical consistency and pushed myself to excel, but my body simply refused to perform the feats I demanded of it. I work hard, I kept telling myself, so why do I keep failing to meet the standards I set for myself? Why aren’t my erg times and stroke rate as good as my star teammates’? To me, the fact that I rowed better than many of my teammates remained irrelevant because the middle of the pack did not satisfy me; I wanted the MVP position. Looking back on that time, I realize my desire for stardom arose less out of a desire for excellence and more out of narcissism, but at the time all I cared about was my perceived inadequacy.

As the season wore on, my continued failure to distinguish myself as the best novice rower on the crew team, along with freezing rain that soaked me to the bone regularly during practices, dimmed my once bright love for rowing. Crew became an obligation that sat on my shoulders for two hours a day, six days a week; at practice, I counted the minutes until the end. I hated the boathouse, I hated the river, I hated the sport, and most of all, I hated myself for my failure to live up to my own expectations.

In reality, my hard work and determination paid off…

Somewhat ironically, I won the Coach’s Award that fall for exhibiting team spirit and a strong work ethic. This award, the reputation I earned with my teammates and coaches for consistency and hard work, and the perspective a few months away from the team provided all made me think. The truth is, I’ve never been naturally athletic. Slowly, I realized that accepting the impossibility of stardom from the start would have prevented the disappointment and self-loathing that plagued me during the latter part of the season. In reality, my hard work and determination paid off; in four months I went from having 1000-meter rows turn my muscles to jelly to rowing a 5000-meter regatta at the end of the season without falling out of rhythm and without collapsing after the race. Had I considered how much I had accomplished, I would not have finished my first rowing season mired in a quicksand of dejection.

Because I wanted to focus on academics, I never rowed on the crew team again in high school. However, the roughly four months I spent on the team brought me to a place of self-acceptance and peace regarding my athleticism (or lack thereof) that had until then eluded me. If I ever step into a rowing shell again, I’ll concentrate on the way the water shimmers like glass and the beautifully synchronized movement of the oars, instead of on how I’m not Division I material.

My mom loves to tell me, “Self-acceptance is the ultimate liberation,” and I’m inclined to believe she’s right. Realism about my abilities would have freed me to love rowing throughout the semester the way I initially did. Sometimes the only rewards I can strive to win are an honest knowledge of my limitations and the ability to continue loving what I do in spite of them.

Maybe, someday, I’ll find a sport that will awake my inner athlete. Or maybe not.

Either way, I know I can live with it. 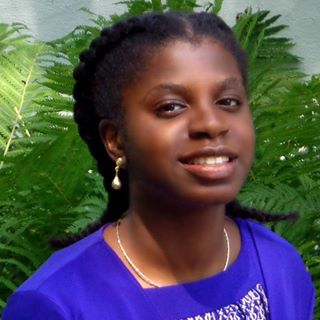 As a child, TojumiOluwa Adegboyega, class of 2020, spent most of her free time with her nose in a book and would probably have lived in the library if her parents had let her. She fell in love with rockets and space travel because of a book her dad read to her when she was five years old. Sometime during middle school, she fell in love with writing and won the critical analysis contest in her high school three years in a row. Now she’s majoring in Course 16 to fulfill her dream of becoming a rocket scientist and someday traveling to Mars – where she will hopefully help to establish the first Martian library. When she’s not engrossed in a book or planning an imaginary space mission, she likes to take long walks, have long philosophical debates with her friends, and try new flavors of ice cream.